The Vrsar bell tower is a new structure, built in 1991. It is 40 m tall, divided into four parts, and contains three bells (which are not being used). The bell tower houses an exhibition of old bells of Vrsar. It is also used as a viewpoint because it affords the most beautiful and widest view of the old town of Vrsar and the surrounding archipelago. It is the only bell tower in the Vrsar Parish, and the most visited viewpoint, offering a view of the Church of St Euphemia in Rovinj, Vrsar islands, Funtana and the area around Poreč as well as the Vrsar hinterland and numerous hills. 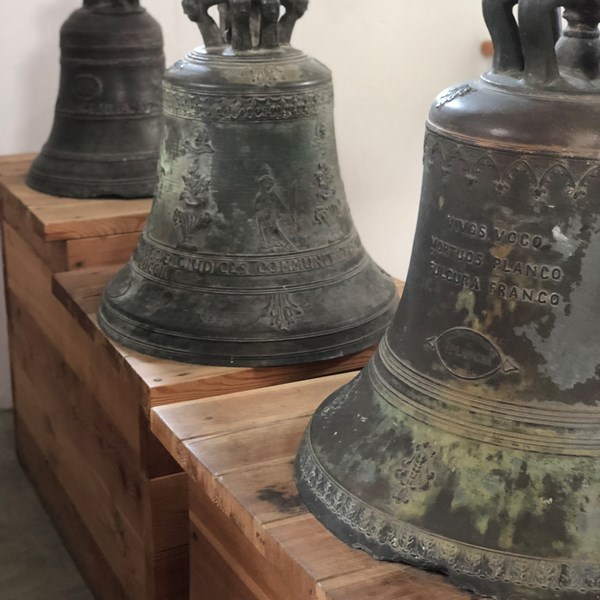 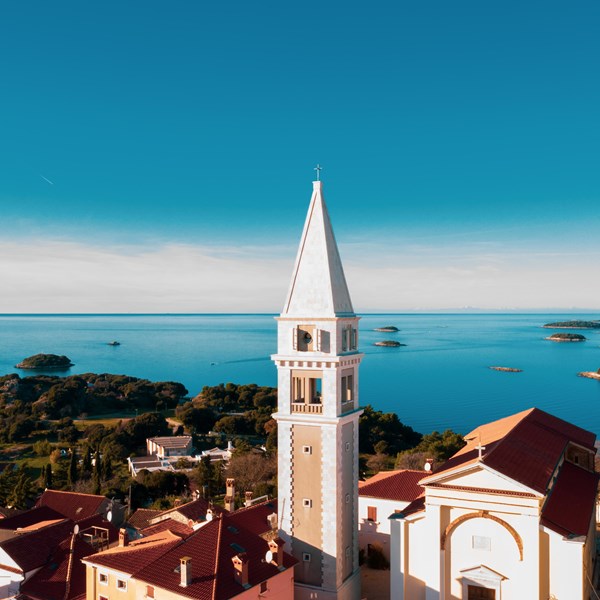 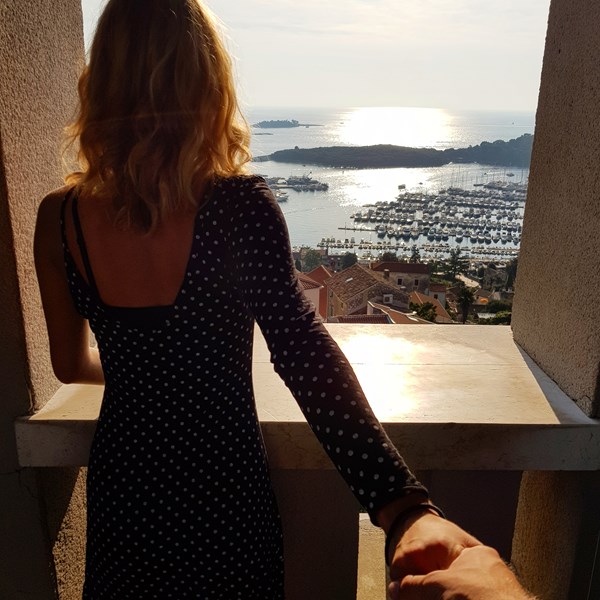 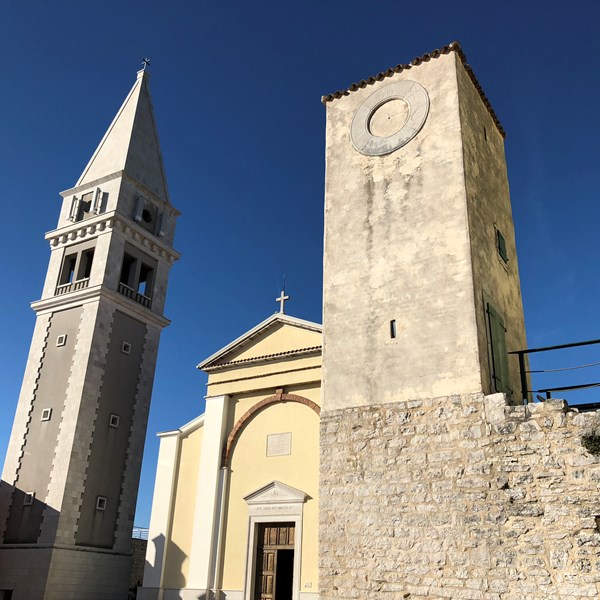 The old medieval bell tower in Vrsar used to stand on the main town square, but was demolished in the 1920s. Since then, the construction of a new bell tower adjacent to today’s parish church has been in constant consideration.

The first concept design for the bell tower for the current location in Vrsar was drafted in 1944. It envisaged the construction of a bell tower on the location on which it was later built, and where it stands today.The concept design was never implemented on account of World War II and the post-war circumstances in Vrsar. After World War II, A. Mohorovičić was the first to raise the issue of the lack of a bell tower in Vrsar. In 1952, he led a group of architects in order to carry out an architectural recording in Vrsar of historically and artistically significant urban and architectural buildings in western Istria.

In 1982, a decision was made to grant the land to the parish in Vrsar so that a bell tower may be built on it, which was done no earlier than in 1984. In that same year, the parish priest Ivan Jelovec launched the Vrsar bell tower project, while a geotechnical investigation of the soil was carried out at the end of 1985. The detailed design of the bell tower was created and approved in 1987, and at the end of November 1988, the final construction permit was issued. The works on the bell tower began on 27 January 1989. and was completed in 1991.

Because it is made of concrete, not stone (it is, in part, only cladded by stone – on edges and around the base), the bell tower is taller than the surrounding originally medieval buildings, The Vrsar bell tower was designed in line with the Venetian type of bell tower, characteristic for Istrian coastal settlements. It consists of three parts: (1) the base, with its pronounced volume and materials; (2) slender and tall shaft; (3) belfry with openings for bells, and pyramidal roof. The base of the Vrsar bell tower is massive and made of stone, and its stone cladding is climbing along the corners of the bell tower to the roof, which is also cladded with stone. The large openings for bells are separated by cornices – with overpronounced corbels – from the roof of the bell tower, which terminates in an elongated pyramid. There is a cross on the top of the axially symmetrical bell tower. With its appearance and general characteristics, this structure has blended well into the silhouette and townscape of the old town centre of Vrsar.